Intelligence Does NOT Equal Worth

The way we talk about people who are disabled matters. I recently heard to a person talking about their disabled sister-in-law. She is 70 years old and has the mentality and functionality of a five-year-old.

This person said, "She's definitely handicapped, but she is SO smart. She is NOT dumb." They then proceeded to recount all the stories to prove that. Like how when they drive back to her hometown, she knows exactly where to turn to get back to her childhood house. And she knows all the months of the year, and all the holidays in order.

Listening to this person, it seemed like they were so desperate to prove to the world that their family member was worth existing, and worth respecting despite her disability BECAUSE OF her intelligence; that her intelligence had redeemed some of her lost worth.

Why do we think that intelligence equals worth?

What about my cousin who suffered a traumatic brain injury when she was 1 year old that put her back at a newborn state? She remained in that same state 11 of the 12 years of her life. She was developmentally a 3 month old. She was not "smart." She was disabled in every possible way. But you wouldn't say, "Yes, she is disabled *sigh* AND she's dumb..."

No one would argue that a newborn is less valuable because he doesn't show signs of intelligence. They contribute literally nothing to society. In fact, they drain a lot of resources and demand a lot of time from their caregivers without producing anything tangible in return. But we love and cherish them and absolutely recognize their worth.

It is a human brain thing.

Our brains have evolved over thousands of years to keep us safe, warm, and fed. Those things are most easily achieved when we are in a tribe with other people. So everything we do is passed through the filter of "Will this help me stay in the tribe or will this get me kicked out?"

We try to figure out where we are on these scales and we construct to make sure that we're not going to be voted off the island. The scales of Wealth, Intelligence, Beauty, Strength to name a few.

So as long as we can find people that are beneath us on these scare, we feel a little bit safer in our tribe.

But I think it is also heightened by our specific Western culture because we value the American dream. Producing and making something out of your life, and raising yourself above where you came from and contributing to society in a way that makes money. Therefore, if your contributions cannot be assigned a monetary values, you are "less than".

This is unfortunate, because it limits us from really seeing people with disabilities for who they are. We decide ahead of time that their contribution are less valuable than those of the typically developed person. We miss out on the fact that there are a lot of ways to contribute to society that cannot be reflected monetarily.

The love and sacrifice and the total Christ-like compassion and empathy that my cousin brought to her family cannot be measured monetarily.

Her contribution to the world during the 12 years she was here was more significant than mine in a lot of ways.

As her mother said, "We love our little ones not because they might become someone great someday, but because they already are fantastically amazing!"

I am all for learning and developing and progressing as much as we are each capable. I believe it is in our nature to create and learn and connect with each other. We are happiest and feel most fulfilled when we are living and working up to our potential.

So I wish we could just flip a switch and delete this whole idea that you have to prove someone's intelligence in order to give them value. 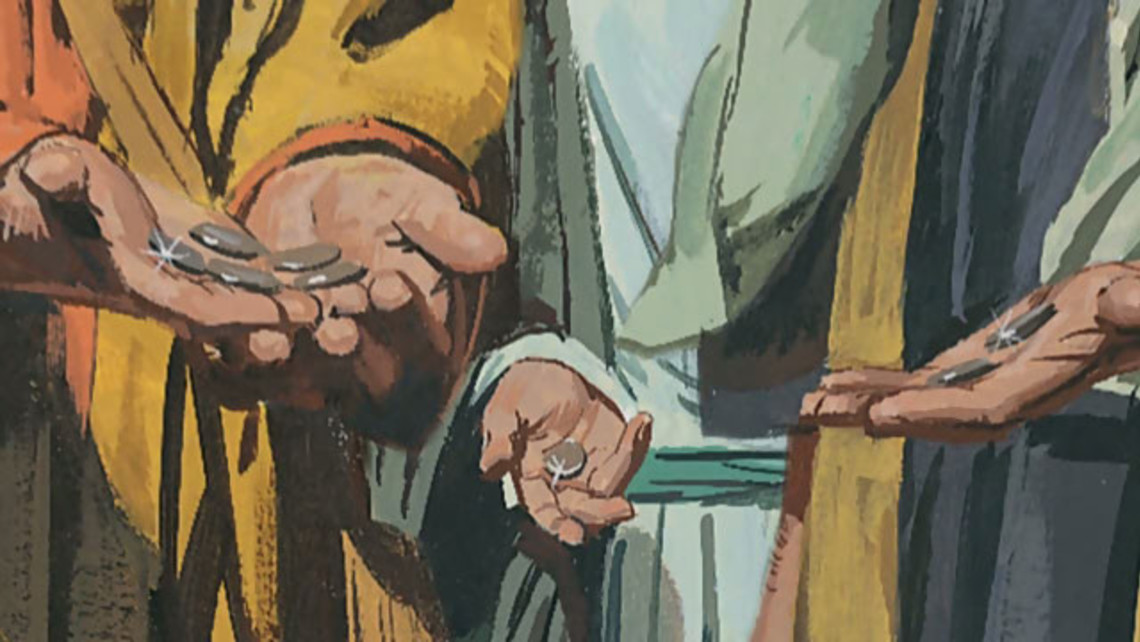 A parable is told in the New Testament about a master who is leaving to travel. Before leaving, he entrusted each of his servants with his property while he would be away. According to the abilities of each man, one servant received five talents, the second had received two, and the third received only one.

When the master returned, he found his first two servants had doubled their money while the third had only hidden his and had no increase.

We tend to focus on that third servant- how his lack of doing was a sin and we caution against being a slothful servant.

But what is more interesting to me is what happens to those first two servants. The first is given 5 talents, and the second is given 2. That alone speaks volumes about how some of us come to this earth. We don't all get the same talents, the same experience, the same resources, or the same abilities.

But they received the same exact reward because of what they did with what they had. Even thought the second servants best efforts (4 talents) didn't even measure up to where the first servant started (5 talents), they both received the same inheritance. This teaches me that we cannot use others to determine our standing in society or contribution. There is no scale.

We don't improve ourselves in hopes of being better than a certain number of people. We just try to be better than how we came.