There is a vast chasm of difference between the quality of private and public services. For example:

If your child is struggling in school, will you get better results by hiring a private 1:1 tutor 3x/ week, or sending your child to the school group study hall once a week? 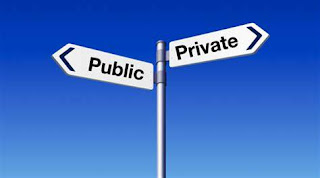 This concept is seen in abundance in special education services. Here is my experience with private versus public speech services.

2. Not enough SLPs for number of kids 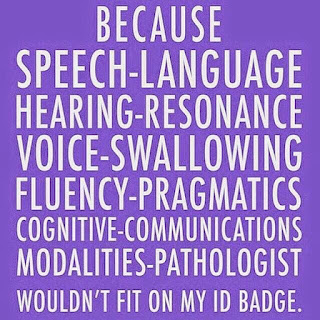 4. It is free! Thank you tax dollars at work!

5. You can advocate and get more services IF you know how 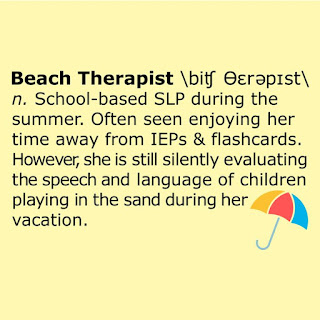 6. Communication with parent is very limited unless you got a rockstar SLP

7. Speech therapy goals must pertain to education. You can't pick whatever you want. Generally, this is pretty easy to work around.

Private Speech Therapy
1. SLPs specialize in different areas, so you can find an SLP who understands exactly how to work with your child and how to handle that specific disability

2. Specialty comes at a cost. The more specialized the SLP is, the more they charge

3. Insurance will typically cover 20 visits a year max, after you meet your deductible. So expect to shell out a LOT of money if your kid needs long-term speech therapy 3-5x/ week 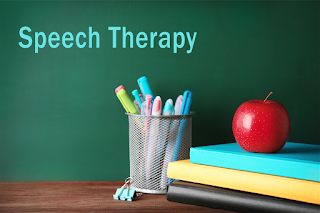 4. The SLP works directly with the child. Parent is encouraged to participate and carryover at home

5. Private SLPs really work hard for progress and want your child to progress as much as possible as quickly as possible

6. Generally, SLPs have openings in their schedules for more clients. They aren't majorly overbooked like the school SLPs.

7. You get to pick any goal you want your child to work on 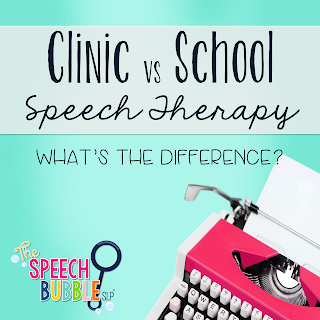 Results
There are pros and cons to each side. Obviously, you will get more results and faster with a highly specialized SLP. When Chelsea went to Nancy Kaufman's boot camp, she made more progress in a week than she had in nearly a year of school speech. But we were also charged more than $100/ hour.

This year, we pulled Chelsea completely from private speech (for a number of reasons), and we saw more regression than at any other point in her life.

Personally, I like private services whenever we can afford it. The problem is, it gets very expensive very quickly.
Posted by Mary Mecham at 8:36 PM No comments: 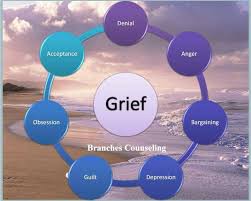 Normally, I am a very positive person. I have always been an optimist. But on Mother's Day, I had a total meltdown. I'm talking ugly cry, snot everywhere, gasping for air because it felt like an elephant was sitting on my chest as the weight of my reality set in.

I was so angry and resentful toward everyone and everything.

Even though I love my child unconditionally.

I still felt so angry. 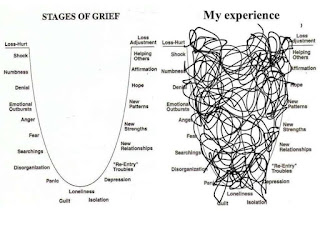 I felt angry at insurance for not covering the seizure medication and speech therapy and occupational therapy and medical tests that my kids so desperately need.

I felt angry that the government programs are so poorly run and underfunded that the wait list for help for severely disabled children in our state is 13-15 years long here. 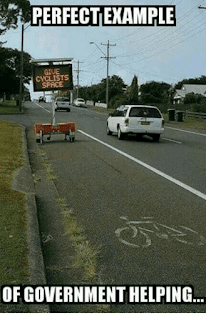 I felt angry that we had to work 10,000 times harder and longer for a single word than other kids.

I felt angry that other families can plan vacations or be spontaneous when we may never be able to.

I felt angry that my husband has had to work multiple jobs, almost every waking minute, for years, just to cover basic living expenses and medical care for my girls. 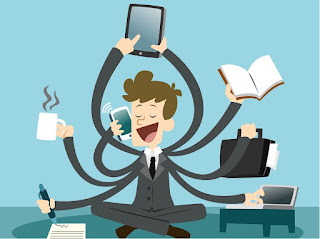 I felt angry that our weekends are monopolized by things like trying to teach Chelsea how to wipe after going potty when I just wanted to have fun family bike rides or go to the water park.

I felt angry that I have been deprived of the mother/ daughter relationship I wanted. I won't get to stay up to talk over that first date, or get invited to stay with my daughter after she has her first baby. 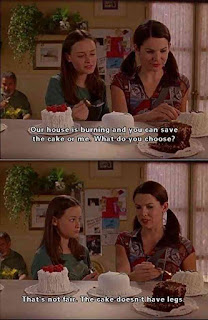 I felt angry that I don't have time or energy for my own wants because I am in constant crisis management mode at home.

I felt angry that the schools do the bare minimum and then try to take credit for the achievements that I was solely responsible for after hundreds or thousands of hours of work.

I felt angry that I have to fight for every minute of service, every dollar of insurance coverage, everything. 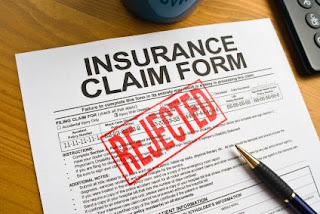 I felt angry that people are scared of Chelsea when she makes loud noises.

I felt angry that other people can plan for their retirement dreams, and the only thing in my future is caring for disabled children.

I felt angry that Chelsea has negative behaviors still after we have worked on them for years and years.

I felt angry that I have dealt with more potty accidents from just Chelsea than most moms who have 6-8 typical children deal with all together. 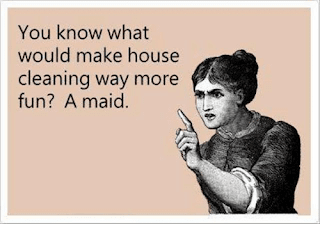 I felt angry that my house can't stay clean when I just want some semblance of order in my otherwise chaotic life.

I felt angry that I wanted a clean house when I should just be enjoying making messes and memories with my kids while they are little.

I felt angry that other parents can relax and enjoy their children when I have to capitalize on every second, working in therapy when it would be a million times easier to have a kid that just learns on their own.

I felt angry that people use the R word. 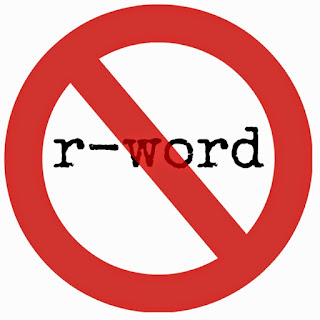 I felt angry that people don't want to hear about the difficulties I face, because they just want to hear that everything will have a happily ever after. 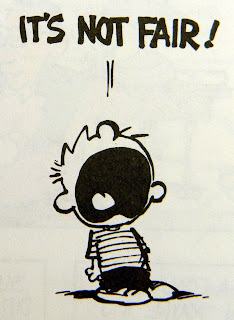 I felt angry that I was feeling angry about everything when I have so much to be grateful for.


I know this will pass and that I will return to my normal self, but it is still difficult to process these raw emotions sometimes. I'm not looking for pity or sympathy, just trying to show what some of that anger cycle of grieving looks like for me. 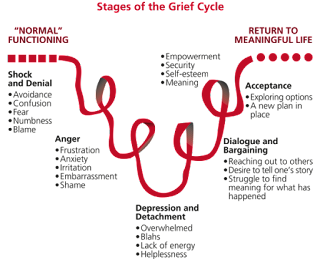 Posted by Mary Mecham at 8:00 PM No comments:

I have two kids diagnosed with SATB2 Associated Syndrome. We found out about Chelsea after years and years of searching for a diagnosis. With Lily, we found out when she was just a month old, and had already been down that road before, so we have a major head start this time! Because I already knew that poor weight gain was highly likely for my second SATB2 sweetie, I found as many ways as possible to sneak in calories! And at a year, Lily weighs about 6 pounds more than Chelsea did at a year old, so I think it is working! 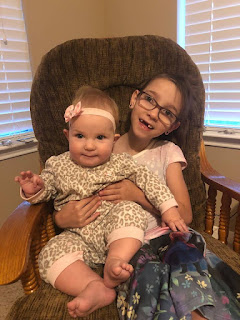 Okay, this is your golden ticket when you get an early diagnosis and are breastfeeding your baby. Babies DREAMFEED!!! Use this method, use this method, USE THIS METHOD! About every 2 hours after Lily went to sleep, I would go and feed her. Yes, that means setting alarms and waking up multiple times each night, but it is SO worth it! 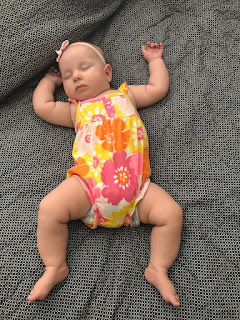 I just pick her up, and let her nurse until I knew she had a good feeding, then gently put her back down. She never wakes up and boom, she is good to go! That is an extra couple hundred calories each day right there! 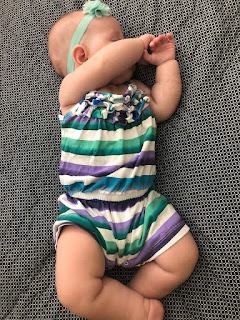 Once Lily could start on solid foods, I started pushing high calorie foods as often as I could. I weeded out the ones Lily didn't care for (like Vienna sausages, and honestly I couldn't blame her on that one!), and offered ones she liked just about any time I passed the kitchen. 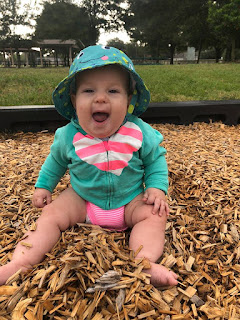 I really do believe in fish oil! It helped Chelsea with speech, and I am hoping that by starting Lily early, she will get more speech progress, and earlier at that! I read that fish oil helps with brain axon myelination, which Chelsea was low on when we had an MRI done on her at 2 years old. 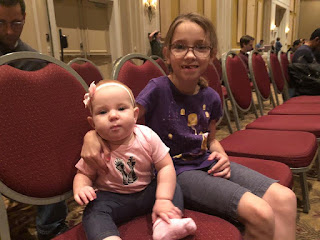 Before Lily could take this herself, I took some, hoping that it would go through the breastmilk to Lily. Not sure if it did or not, but Lily was on her own supplements at 6 months. We use the Nordic Naturals ProEFA 3-6-9 kind. 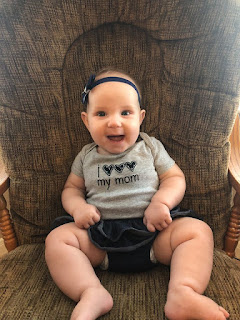